” Religion that is pure and undefiled before God, the Father, is this: to visit orphans and widows in their affliction, and to keep oneself unstained from the world.” James 1:27

I wanted to re-blog this article {and I hope Pastor J.D Greear & his team don’t mind) that points out what the Kingdom of God is about and shows important facts that most of us often miss out. In the end, it’s not how eloquent one is at quoting Biblical verses or religiously righteous as much as it is for how our love and actions should put the LOVE of Jesus on display! This is my opinion but Matthew says it so well too: Matthew 25: 34-40 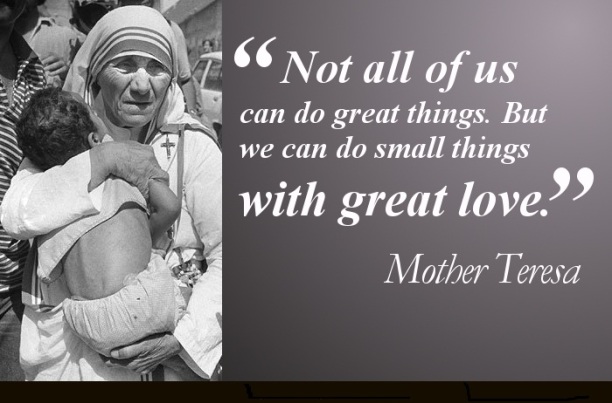 I have one solution for every computer problem I encounter. Reboot it. And if that doesn’t work, reboot it again. The worst moment in my technological existence comes when I’ve rebooted four or fives times and the problem is still there—because then I know it’s going to be a long, painful process on the phone…

You may have read one of the famous Bible verses on love in the book of the first Corinthians chapter 13: “Love is patient, love is kind” etc. There are a few lessons I recently learned from it that challenged and convicted me. I plan to share some details in a separate post. For now, I will simply say that I am naturally sensitive and passionate, which can be good and bad. However, I will try to focus on the good part for now.

I cannot stand injustice. It hurts so much when people are not being fair. I don’t like when bad things happen to good people. I cry when I see cruelty against innocent people. I weep in front of my TV, computer or out in the open when I see homeless children who live off of the dumpster and in the streets, homeless grownups against their will, poor and hungry people. It is heartbreaking to see people who once had it all together and wars/tragedies suddenly turn their lives upside down, into refugees, homeless, helpless and starving. Life is so unpredictable.

On Tuesday this week, a woman that I have always looked up to and admired for her courage as long as I have known her, surprised me with the news I was not expecting to hear. I was already aware that she has lost her job several months ago and had been unsuccessful to obtain another one, but I had no idea as to what extent she was struggling. I wept as I read line by line. I was very sadden by the fact that she may lose her home, a home she built by herself, along with raising her young children after she lost her husband during the 1994 Rwandan genocide against the minority Tutsi group in her late 20s.

My heart was torn. I was at loss for words! I haven’t cried so much in a while like I did as she explained it to me over the phone. As I felt sorry for myself for being so weak and hopeless, I remembered how Jesus felt when He arrived at His friend’s house, Lazarus. As many people gathered and mourned for Lazarus who died 3 days earlier, Jesus wept, too! (John 11:35).

The Son of God wept, NOT because He was helpless like I was or often am in situations like this. In fact, His main purpose there after His intentional 3-day delay, was to raise Lazarus from the dead and glorify His Father! Jesus was moved by the pain and weeping around Him because of Lazarus. I remembered that very moment that Jesus understood my pain and indeed cared for my friend more than I did. Although I still wish I was super rich to be able give to my friend all the amount she needs, I know that a little bit can go a long way.

I launched a GoFundMe campaign for my friend Rose. I accepted that I may not be able to raise all the money that she needs at the moment, or that I may be surprised. Either way, I am being obedient, and trusting the Lord for His provision and compassion for His children. I have not really done any other fundraising campaign, and I absolutely hate asking money from people. Nonetheless, I also believe in God’s miracles and the way He uses His own people!

Please click here to join my campaign: Help a Rwandan genocide against the Tutsi Survivor Widow!

I cannot change the world; in fact, God knows that I am incapable of even changing a single soul. However, I am determined to do something small whenever I get an opportunity. And then, I want to leave the rest to God who is capable of answering prayers and being everything to those in need!

“Pure and undefiled religion before God and the Father is this: to visit orphans and widows in their trouble, and to keep oneself unspotted from the world.” James 1:27

Growing up in a happy family with the most loving parents anyone can wish for, nothing could ever have possibly hinted for an imminent danger or prepared me for what was about to unfold before my eyes as a little girl.

For those new to my posts, I was in the 7th grade when Rwanda descended into the worst atrocities of the 20th century, the 1994 genocide against the Tutsi. Over a million citizens were mercilessly slaughtered in a little over three month. This staggering number includes my parents, two of my siblings, friends, relatives, neighbors, fellow citizens.

Before this worst nightmare could be over, all seemed surreal for lack of a better term. Absolutely alone and abandoned, the first person to shelter me was my uncle’s wife whom we met in a refugee camp in the heart of the capital as we were being evacuated. After the genocide against the Tutsi ended, little did I know then, my aunt had found herself a nanny, for her two children under the age of 2, and a maid for her house: Hard labor, house keeping, watching kids, lack of sleep. My nightmare was too far from over.

Many months later, unaware that I had survived, on my way home from school, my mom’s youngest sister Beata spotted me. After learning my living situation, she sneaked me out and took me to her house. Beata worked for the government and her husband worked for the United Nations. Yet another expectation of love was as harsh as a death penalty. For many years I lived there, not only that she didn’t think I needed sanitary pads for women, my aunt waited until she didn’t like her clothes and shoes to pass it on me when she indulged herself with the most expensive outfits.

Inside the mansion’s brick walls, I was nothing but a slave as I dealt with emotional abuses at the hands of my so called aunt. As each day turned me into a hopeful young woman who’s thankful to have a roof over her and lived one day at a time, the hatred of a relative intensified, afraid that as a teenager, I may become her rival. Soon after that, my every single move was controlled. I was not allowed to eat with the family, or talk freely and my empty wardrobe was supervised. Slowly, I became a prisoner in my room as I was ordered to stay out of sight. I was accused of stealing grocery money as I shopped and carried heavy groceries by myself despite that the family owned a vehicle.

Then one day, Beata told me to leave her house. Honestly, I wondered what had taken her so long, leave alone knowing the crime I committed. As I embarked in a long road to recovery, it would be a long time before I would be convinced that NOT ALL married women are evil. Entering years of darkness and college, every day revealed mysteries as I begged people to give me a shelter for the night and wandered by day. I surely came few inches close to making streets my night shelter or perhaps selling myself for money to survive.

Nonetheless, I graduated among the top of my class with a Bachelors degree in Engineering, and was offered a full time job days before my graduation day. Only three months into the job, I won a full scholarship to grad school in United States, where I earned a Masters Degree in Engineering. Two years later, a job opportunity I have always wanted presented itself. Moreover, I was able to keep my 3 younger siblings in school, who were all under 10 during the genocide against the Tutsi: my brother Eric and sister Alice are expecting Master’s degrees and my baby sister Mireille will complete her undergraduate, ALL in 2014.

ALL IN ALL, I praise GOD Almighty, the Father of the fatherless who held my hand and reminded me that I was NOT alone as I witnessed the cruelty of the human kind, both relatives and strangers. I owe Him every great thing I possess, materialistic and life blessings. He never cease to amaze me. For that I am humbly thankful for:

When I look back in my past, it truly humbles me to I see where and who I am today. The truth is, even though I don’t know what the future holds, I know Jesus holds my future and that’s enough for me, even when I am faced with a dead end. My greatest dream is to be what God created and has been preparing me for. Without a shadow of doubt, I believe I had found my passion to cope with Challenges of Life. I hope to be a blessing to many broken lives around the globe; some of them I have been in their shoes: homeless, poor, hungry, orphans, abandoned, however God will decide to use me. I put my YES on the table. I will not change my mind!

As I look forward to 2014 with a lot of excitement and what God has in store for me, I wish you and your loved ones a prosperous year.
God bless you
Alphonsine 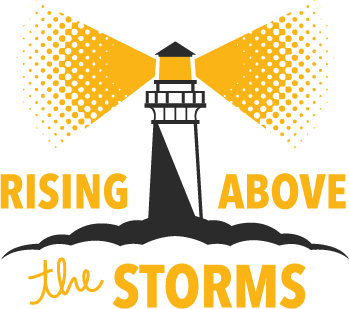 Join 62 other subscribers
Copyright © 2022 Beauty For Ashes. All Rights Reserved. No part of this website or any of its contents may be reproduced, copied, modified or adapted, without the prior written consent of the author.